Three months ago, I finished my weight loss journey with Nutrisystem. I wrote a post about finishing those 16 weeks and had a follow-up post 6 weeks later. I previously had posted what my soft goal was… here are those details:

My soft goal is to make it to 140lbs. That means I have 18 lbs left. I believe if I push myself hard enough, I can make it in probably 6 weeks or so. My hard goal is to be somewhere between 140-149lbs. Normal weight with my height (based on BMI) is 150. I haven’t been a “healthy” weight in such a long time. That is my goal. To no longer be considered “overweight”, but to be within the normal guidelines once again. 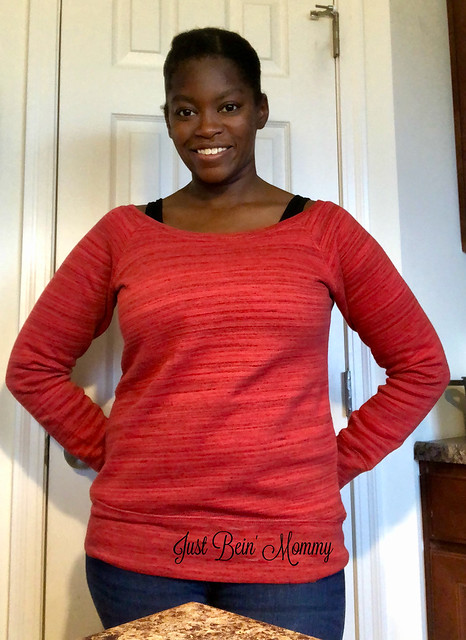 I don’t weigh myself that often anymore, mainly because it isn’t something that is always on my mind but I do try to keep track of what I eat. Yesterday morning, I took the time to weigh myself and found out that I finally hit my hard goal: to be below 150lbs.

I should have known I was close, I went down another size in my jeans and have been fitting into my tops better. I still have the “mom stomach”. Probably because I don’t work on that as much as I should but I start working on that. I also need to figure out a couple of workouts I can do at home. I’ve been a little busy so I’ve been slacking on the gym. But I try to move as much as I can.

It has taken me so long to figure out what works and doesn’t work for me. Don’t let something not working stop you from making your goal. I tried to lose weight for a year before I started Nutrisystem and that was the first time I lost weight. I just wasn’t doing it right for myself. Push yourself and you’ll get to your goal: soft or hard!

Thanks to my Apple Watch, I’ve been keeping trac

August spreads in my #bulletjournal are done! Di

We are participating in the 17th annual @bullrunco

We don’t get out much these days but a @columbus

Update on #bulletjournaling: I’m getting the h

July 1st. Half the year is over just like that. I

3 years ago today, I went skydiving at @start_skyd

I did a photo shoot Saturday for @mazobeautyco and

I haven’t been taking Olivia out much because sh

For me, quarantine equals weight gain. 😬😒 I

Snapchat filters are my fav! If you are new here:

#ad we LOVE fish tacos! Thanks to @sitkasalmonsha

Love the fact that on Mother’s Day, @glazedchurr

#ad We made stir fry for dinner today with @light

Anyone tried these? I found them at @gianteagle an

AD: Can’t wait to get my @sitkasalmonshares box

#heARTyourneighbor The kids and I wanted to thank