Have you seen any of the Star Wars movies? I’ve seen some off and on. It’s my husband’s mission to watch them all with our sons. So, when I had the chance to see Solo, I let him take my tickets and see what he thought. His review is below. 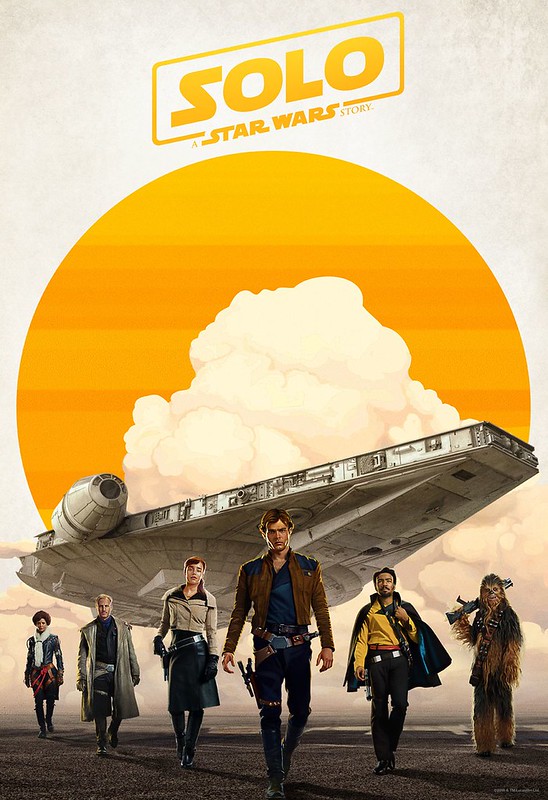 Solo: A Star Wars Story is the latest installment in the Star Wars franchise. Solo is a stand-alone film and tells the origin story of Han Solo and his sidekick, Chewbacca. This action-packed adventure follows Han as he escapes his home planet, Corellia, and enters the seedy, intergalactic criminal underworld. Along the way, his naiveté and self-assurance land him some pretty precarious situations.

I must admit that I am not an avid Star Wars fan. I’m not saying I dislike the franchise, rather I have never invested the time in seeing all the movies. I have a general understanding the overarching story and I am familiar with most of the characters. Even with a basic understanding of the Star Wars universe, I was able to easily follow the story and enjoy the movie. The movie is written in such a way that prior knowledge of events outside this movie is not required, although I am sure that would enhance the enjoyment.

The challenge with a movie like this is that we all know Han Solo and Chewbacca are going to make it out OK. This movie does a great job leaving the “how?” in question throughout. The movie is fast-paced, exciting, and will keep you engaged till the final credits roll.

Solo: A Star Wars Movie is in theaters today. You can follow the Star Wars series on Facebook as well. Let us know if you see the movie and what you think!


Error: There is no connected account for the user 751479 Feed will not update.