I was given passes to see a prescreening of this movie. No other compensation was given. All opinions are my own.

My husband and I have been waiting to see Black Panther for a long time it feels like. Like I’ve said before, I have been a Marvel fan forever and so has been my husband. Every movie I see tends to surpass the last one so of course, I would be extremely excited to see this. Before I get into a review, here is what the movie is about: 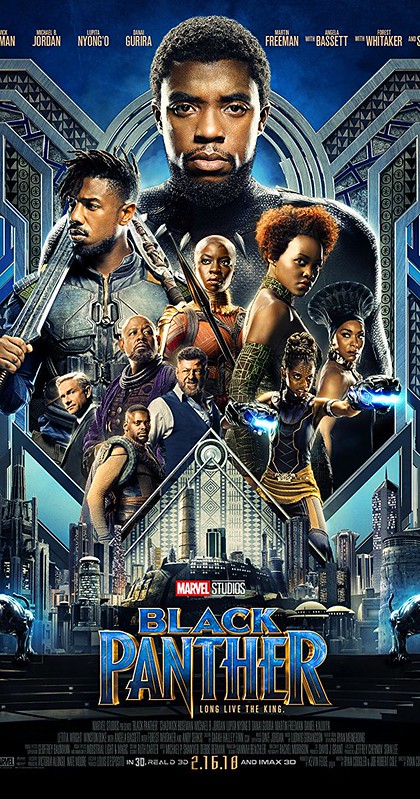 Marvel Studios’ “Black Panther” follows T’Challa who, after the death of his father, the King of Wakanda, returns home to the isolated, technologically advanced African nation to succeed to the throne and take his rightful place as king.  But when a powerful old enemy reappears, T’Challa’s mettle as king – and Black Panther – is tested when he is drawn into a formidable conflict that puts the fate of Wakanda and the entire world at risk.  Faced with the treachery and danger, the young king must rally his allies and release the full power of Black Panther to defeat his foes and secure the safety of his people and their way of life.

Can I first point out Black Superhero??? Ok, I am in awe of this movie. Not only is it perfect for my children to learn that not every movie looks the same, but to have this based in Africa as well speaks volumes. The culture isn’t something that they don’t get to see as often. Every actor played their part and was really great. My favorite? I’m not sure I have one specifically but Michael B Jordan was awesome!

I felt the movie that although the movie was rated PG13, there isn’t much that makes me feel it my kids couldn’t watch it. Yes, there is a lot of fighting but it’s a superhero movie; it should be expected. Yes, there is a middle finger shown and some mild language but that’s all. I’m ok with my 11 year old seeing the movie.

Anyway, I love how put together the movie is. It isn’t just ” the good guy” against “the bad guy” movie. There are so many layers to the movie, make sure you pay attention. Personally, Killmonger isn’t a bad guy, he’s just misunderstood. You don’t find yourself looking at your watch during the 2-hour movie because they keep you entertained the whole time. I did feel like one or 2 parts were a little predictable (no spoilers) but that didn’t mean the movie wasn’t good. I give the movie 2 thumbs up! Check out the trailer below!


Error: API requests are being delayed for this account. New posts will not be retrieved.

Make sure this account has posts available on instagram.com.

Error: admin-ajax.php test was not successful. Some features may not be available.

Please visit this page to troubleshoot.